The compact pickup truck market is in an interesting place right now, because not a single one of the current entries is actually “compact”. Models like the popular Ford Ranger, Toyota Tacoma, and even the twins from General Motors are getting long in the tooth, eagerly awaiting their replacements. To keep things fresh, unique trim levels are available that set the trucks apart from the more basic, work-truck spec models. This is the 2021 Chevrolet Colorado ZR2, fully decked out with an accessory light bar, perfect for a wintry week in Toronto. 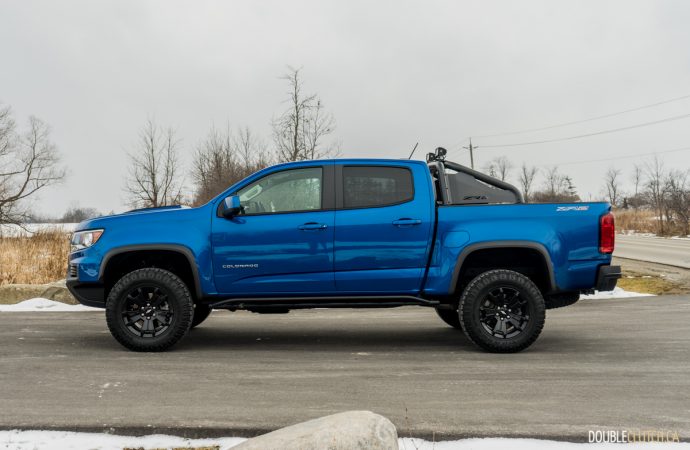 By all accounts, the Colorado is a mid-sized truck. Along with its sibling, the GMC Canyon, the current model has been around for just over half a decade now, and is aging fairly well. The ZR2 nameplate flanking the sides of our test truck signify that this ZR2 4×4 is the highest trim in the Colorado line, save for the ZR2 Bison. The ZR2 adds off-road capability to this truck, and it’s more than just an appearance package. Visually, all-terrain tires on 17-inch alloy wheels are immediately obvious to the eye.

But it’s not just the wheels and tires that make the Colorado ZR2 special. The suspension setup is a set of Multimatic DSSV dampers, which are designed right here in Ontario. DSSV stands for Dynamic Suspensions Spool Valve, a damping technology in the shock absorber that depends on a piston which moves around inside a tube lubricated with oil. These are particularly easy to tune, allowing engineers to set up the compression and rebound properly. The result is a truck that rides impressively well on the road, even with the all-terrain tires. 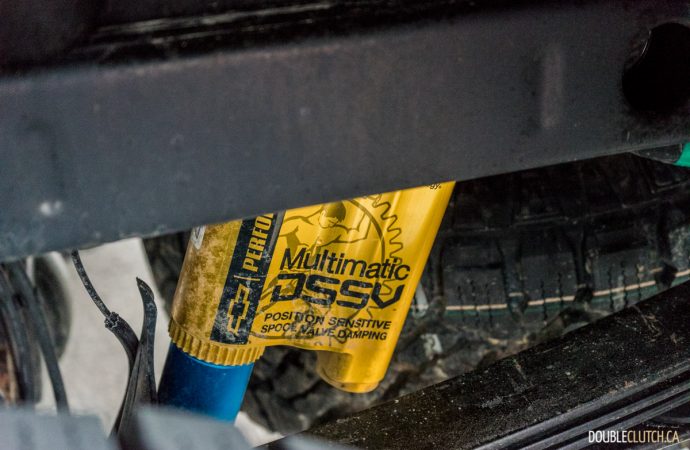 Along with the DSSV shocks, the Colorado ZR2 gets a chopped-look fascia that’s differentiated from the standard Colorado, rocker panel bars, spray-in bedliner, and locking front and rear differentials. Our tester also had a $4,015 “Dusk Special Edition” package that adds gloss black wheels, off-road LED lights on top, and an off-road sport bar. It’s an appearance package that we rather like the look of, but that’s purely subjective.

Now that the base four-cylinder is gone, two engine choices are available for the Colorado. Most Canadians will opt for the 3.6-liter naturally aspirated V6 tested here, with its aluminum block, heads and direct injection. It outputs 308 horsepower at 6,800RPM and 275 lb-ft. of torque at 4,000RPM, hooked up to an eight-speed automatic transmission. A diesel is available as well, if that’s what you’re into. The V6 does an adequate job of chugging the Colorado along, though there’s no real sense of urgency to it. 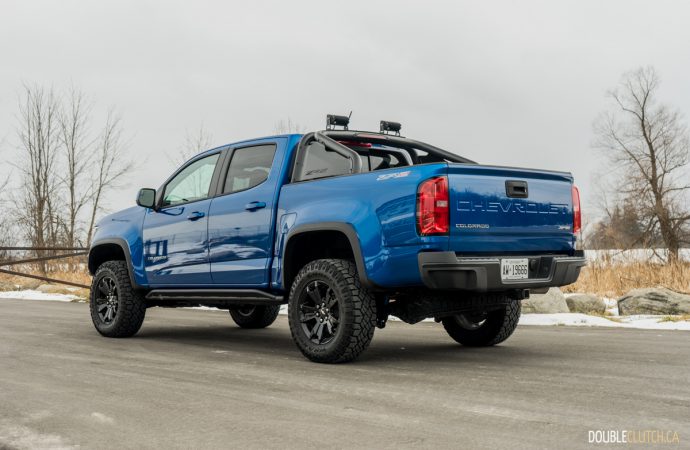 The Colorado equipped as is can tow up to 7,700 pounds, which is more than enough for most buyers to tow small boats, utility trailers, ATVs, snowmobiles and the like. The short box on our Colorado is still bigger than the one in the Honda Ridgeline, and competitive with the likes of the Ranger. Features like forward collision warning and lane departure warning are available, but the age of this platform means the Colorado and Canyon don’t get much in the way of active driver aids.

Chevrolet Canada officially rates the Colorado ZR2 with the V6 engine at 15.0L/100km in the city and 13.0L/100km on the highway, for a combined rating of 14.0L/100km. We observed 15.0L/100km over our weeklong test, which is about right for a truck of this size, especially considering the knobby all-terrain tires and lack of aerodynamics. The large fuel tank will hold nearly 80-liters of 87-octane regular fuel. 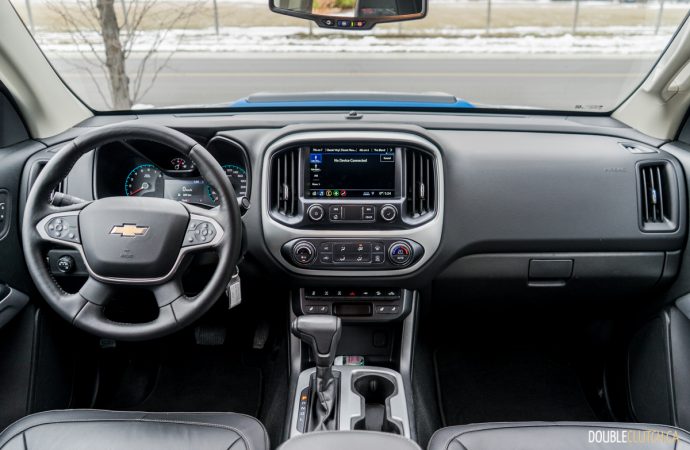 Inside, the Colorado very quickly shows its age. The infotainment system does offer full connectivity including Apple CarPlay, Android Auto, a hotspot, and wireless charging, but that’s about where the benefits end. The dashboard is a sea of plastics, and we noticed some unfinished bits and sharp edges – not a good look. The seats are heated, but not particularly comfortable, and largely feel like park benches with a dash of bolstering. Adjustability isn’t quite as generous as we’d like, though the driving position is definitely superior to that in the Tacoma.

The Colorado starts at $27,498 in standard work truck trim, and $47,998 for the ZR2. Opting for the optional Duramax diesel bumps the starting price to $52,088. Our V6 model with the premium paint, Dusk Special Edition package, and no other options came to $52,408 before destination, taxes and fees. The pricing is within a few nickels of the Toyota Tacoma TRD Pro we recently tested, and while it lacks the Toyota’s bulletproof reliability and astronomical resale value, the Colorado has plenty of capability to boot. 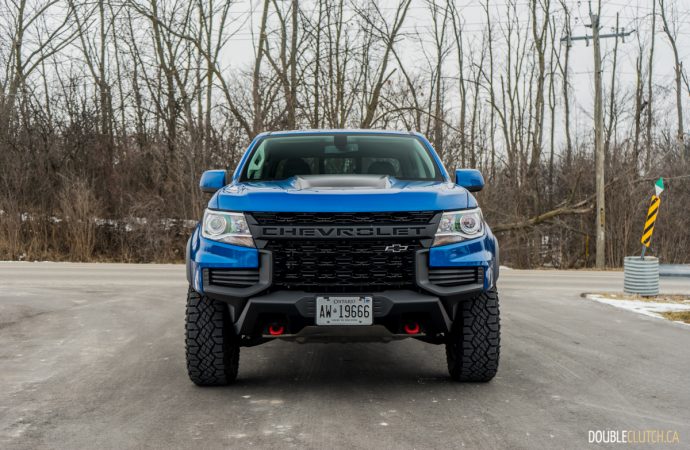 Chevrolet should be hard at work on the next generation of Colorado and Canyon trucks as we’re writing this. If the latest Sierra and Silverado are any indication, they should be at the top of their segment. As it stands right now, the 2021 Chevrolet Colorado ZR2 is a capable off-road ready truck, if a Raptor is simply too big. It’s more efficient than a full-sizer, and has a smaller footprint that makes it easier to putt around urban centers. The interior is a weak point, but decently functional if all you’re doing is getting it dirty.