Canadians, especially those that live in snowy and cold parts of the country, are likely a lot further away from full electrification than those in the southern United States, but the technology is rapidly evolving. Chevrolet’s Bolt was one of the earlier mainstream contenders, and has aged rather well. In order to evaluate how it has stood the test of time, we jumped into a 2021 Chevrolet Bolt EV LT over an extremely cold week. 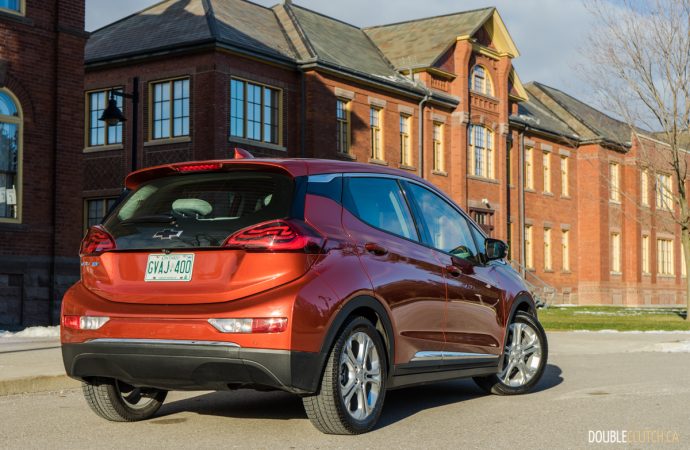 The Bolt’s orb-like styling has actually done quite well for itself over the last few years. Hyundai’s Kona Electric and its sibling, the Kia Niro EV are more conservative, while the Bolt very obviously looks like something with a purpose to serve. The large windshield and windows are excellent for visibility, and the driving position is optimal for urban driving. Getting in and out is extremely easy as well, and the Bolt EV has plenty of space in the cabin for four adults without any compromises to head or legroom.

Unlike the now-discontinued Volt sedan, the Bolt EV is a fully electric vehicle with no fuel backup. The permanent magnet electric motor is good for 200 horsepower and 266 lb-ft. of torque, hooked up to a single-speed transmission. It’s good for a 100km/h sprint from a dig in just six-and-a-half seconds, though the immediate torque off the line makes the Bolt feel much faster than it is. It has the perfect driving dynamics for booting around the city effortlessly, and the low center of gravity makes it an excellent little runabout to toss into corners. 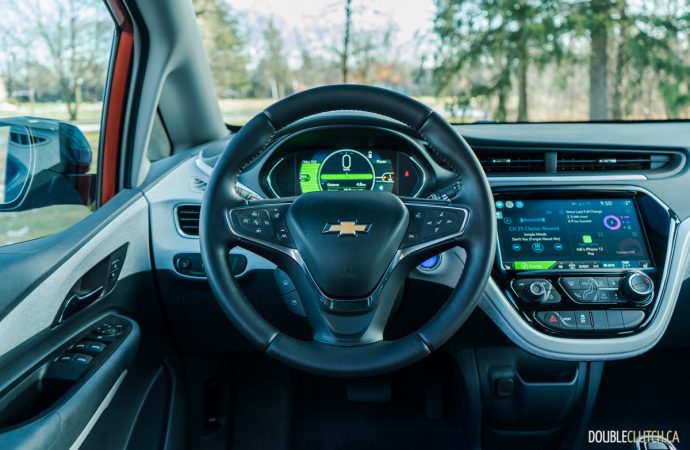 An update last year had Chevrolet add a 66-kWh battery that increased maximum range from 383-kilometers to a more usable 417. Our tester was programmed to have the battery stop charging at 80%, which gave it a real-world range of about 280-kilometers. Our in-home Level 2 charger had the Bolt hit that 80% mark in just six hours, though faster charging is available at numerous public stations. We would suggest buyers establish charging at home or work so range anxiety is never really an issue, because we’ve experienced significant issues trying to rely on public infrastructure.

The Bolt’s interior is the best part of the car; our tester was equipped with the Deluxe cloth seat trim that looks spectacularly modern. It’s all eco-friendly stuff in there, including some synthetic dashboard materials and excellent ergonomics. The 10.2-inch infotainment screen is huge for the segment and supports Apple CarPlay, Android Auto, and also has a hotspot built in. The eight-inch digital gauge cluster and main touchscreen both have a matte finish and don’t wash out in direct sunlight. 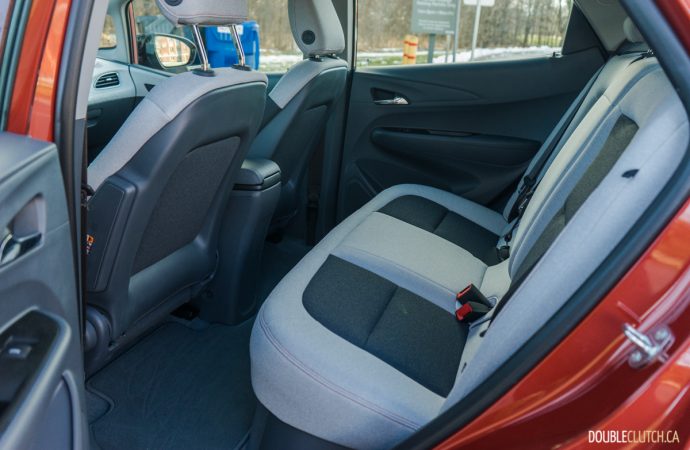 It’s not a particularly premium-feeling cabin, but the cabin suits the minimalistic character of the Bolt and works quite well. The cargo area holds 478-liters of stuff behind the seats, and they can be folded down to expand this to 1,602-liters. Our anecdote is bringing home a Power Wheels car for my toddler niece, still in its box, behind the driver and passenger of the Bolt. The cargo area also has a hidden floor that allows for added practicality.

Pricing starts at $44,998 for the LT model tested here, and it includes 17-inch wheels, HD Vision Camera, the massive 10.2-inch touchscreen infotainment system, heated seats and steering wheel, and more. The Premier at $50,298 adds park assist, leather seats, heated rear seats, wireless charging, Rear Cross Traffic Alert, and more. At the time of this writing, both trim levels are eligible for the $5,000 federal government incentive which brings the prices down to approximately $40,000 and $45,000, respectively. 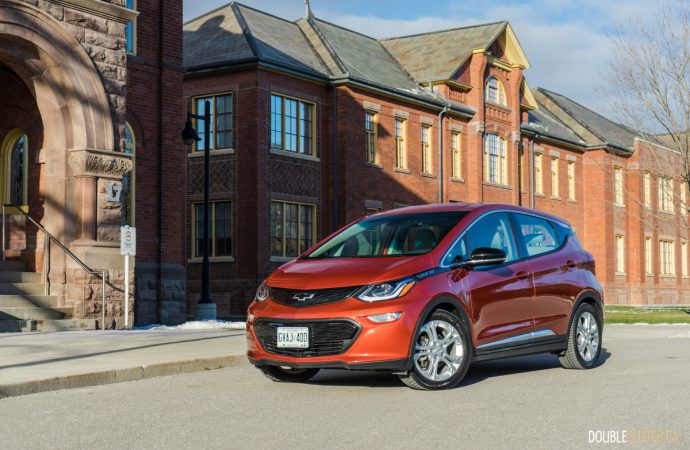 Those looking for a mainstream EV have quite a few choices, including the previously mentioned Kona, Niro, and even the Nissan Leaf. All of these vehicles are now easily delivering 320-450 kilometers of range, and cost anywhere between $38,000 and $55,000, with varying levels of equipment. The Tesla Model 3 is also an obvious choice, however the brand is still experiencing significant issues with quality control. Premium options short of $120,000 have yet to quite reach the driving range of these mainstream offerings.

The 2021 Chevrolet Bolt EV LT is aging like a late model iPhone, but that’s not necessarily a bad thing. iPhones have a knack for holding resale value and, until Apple starts to plan obsolescence a few years later, remain relatively good products. The Bolt EV is no different, and will be an exceptional commuting appliance for the average Canadian buyer. If you have the means to charge at home or the office, the Bolt EV is a truly wonderful choice.